Maximum Roll Width: 1828mm- when both the height and the width of the window pane exceed the roll width the film will have to be spliced (joined).

Compare Price & Performance of this film with similar films from other leading suppliers: 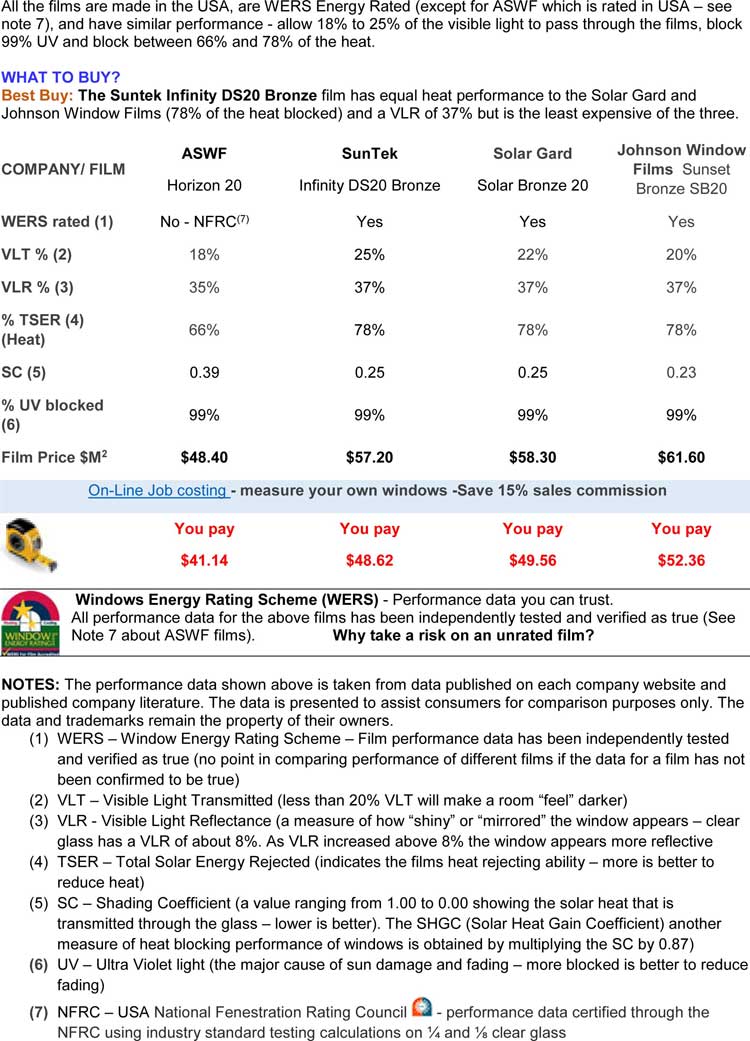 OUR PROMISE TO CUSTOMERS

1. YOUR WINDOW FILM WILL BE INSTALLED TO THE INTERNATIONAL STANDARD:
Our film installers adhere to the International Standard for Visual Quality - if the installation is not up to this standard it is replaced at our cost

2. YOU WILL RECEIVE THE LOWEST PRICE IN AUSTRALIA ON THE TOP USA FILM BRANDS:
If you are quoted a price that is less than our online price, we will not only beat the lower price by $50, we'll courier the film to you for FREE (see our conditions)

3. Your payments are safe with PayPal